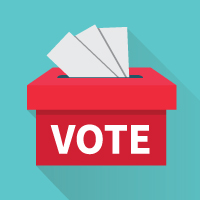 Elections are being held on Thursday 5 May 2016 for local borough councillors, parish councillors and the Cheshire Police and Crime Commissioner (PCC).

The deadline to register to vote in these elections was 18 April 2016 so if you weren’t registered before this date, you won’t be able to vote.

With the move of Appleton Thorn from Appleton Ward into Grappenhall, the village has lost its previous Borough Councillors, who have ‘remained’ with the redefined Appleton Ward.

The ‘runners and riders’ for Warrington Borough Councillors this time, for the village as part of Grappenhall Ward are:

Candidates for the Cheshire Police and Crime Commissioner (PCC) are:

Full details are available on the Warrington Council Website

Please use your vote – however you apply it!